January is more than just the first month of the year, it is also Tamil Heritage Month, a time to recognize and celebrate the many contributions that Canadians of Tamil descent have made to the growth and prosperity of this country.

In 2016, the House of Commons voted to designate January as Tamil Heritage Month. The month of January is an important month for the Tamil community, as Thai Pongal, the multi-day Tamil harvest festival, takes place. This year’s festival will happen between January 15 to 18 this year.

The Tamil people are an ethnic group originally from southern India and Sri Lanka, with a recorded history going back more than 2,000 years. Tamils began immigrating to Canada as early as the 1950s. With the outbreak of riots and eventual civil war in Sri Lanka in 1983, Tamil migration to Canada increased significantly. 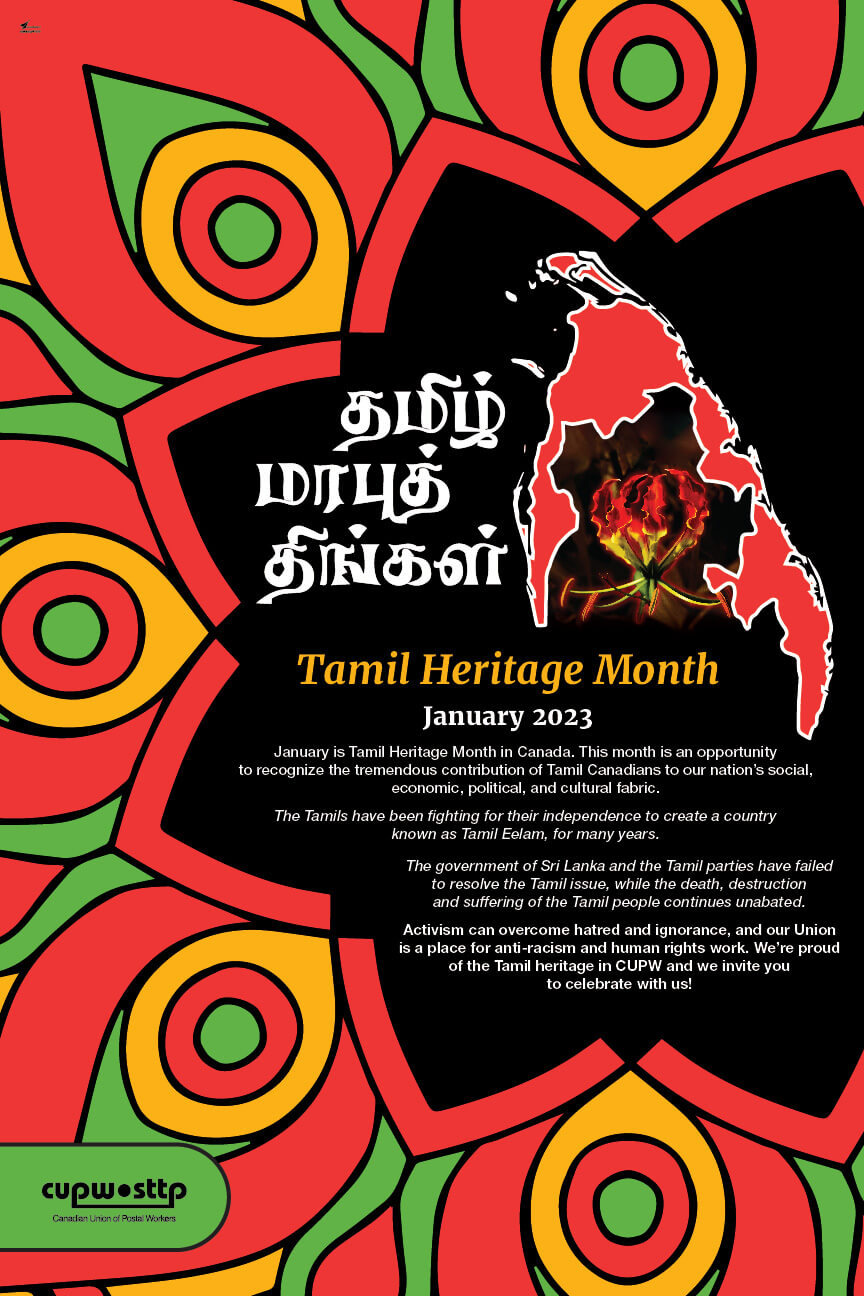 After decades of repressive policies by the Sri Lankan government that saw religious practices prohibited and heritage destroyed, it became difficult and dangerous for Tamil’s to express their culture. Even within Canada, the Tamil community faced racist and anti-immigration backlash, and were called terrorists among other things, when they began to raise awareness of the bloody civil war and massacres of Tamil civilians in Sri Lanka.

Despite the tremendous obstacles that Tamil Canadians have had to overcome, before and after their arrival to Canada, they have made great contributions to Canada’s social, economic, political, and cultural fabric.

I invite all members to learn about and celebrate Tamil Heritage Month by participating in an event or an activity in your region.