The United States of America and Tamil diaspora relationship may be entering into a new phase with the introduction of the H.Res.413 resolution. H.Res 413 is calling for an international mechanism for crimes committed in Sri Lanka and also acknowledges the traditional Tamil homeland. This time, the Tamil diaspora should pay more attention to ensure Tamils will be treated as a partner, not just as a tool. As everyone knows, a world relationship works when both sides offer something and receive benefits in return. From the Tamil’s side, the demands are always consistent, that as recognition for the Tamil homeland or Tamil Eelam and justice for Sri Lanka’s genocide against Tamils. Even before 1976 or after 2009, (before or after the LTTE – Liberation Tigers of Tamil Eelam), this demand doesn’t change. The current H.Res.413 that acknowledge this truth is an important step towards the right direction after the 2015 regime change effort failure. A regime change without justice for Tamils or a political solution ended up helping Rajapakse came back stronger. Any new attempt for justice should ensure Tamil’s demand is met. 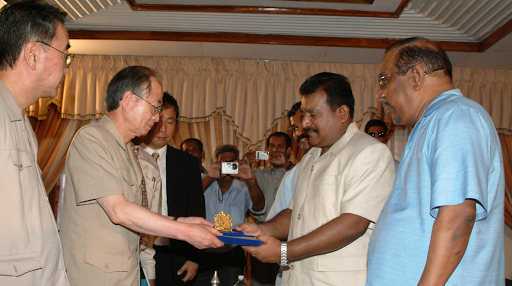 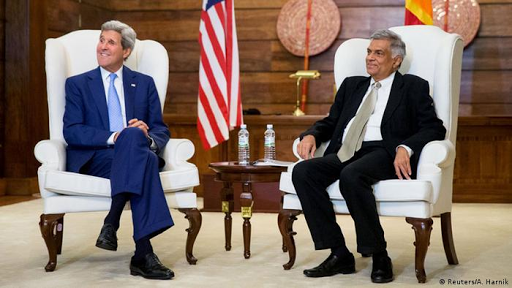 As of January 15, 2021, the Tamil diaspora and all three Tamil political parties in Eelam demanded the UNHRC to refer Sri Lanka to ICC, and create external mechanisms to investigate and recognize the genocide. However, the UNHRC resolution only resolved to form an evidence collection mechanism. Several UNHRC resolutions were passed since 2009, and three extensions failed to get an implementation for hybrid court with the international judiciary. Since it was vividly a failure in one of the important UN systems, after the Biden administration came to power, the USA may need to respond. From the Tamil diaspora, the expectation was high due to the geopolitical nature and it was the former Obama administration that called the LTTE to surrender in 2009. However, many of the LTTE members who surrendered with a white flag were tortured and killed. Even after the war ended, Thousands of Tamils also raped, tortured, and killed by the Sri Lankan authority. The USA has more than enough evidence for these crimes. There is a moral obligation for the USA to help Tamils but Tamils know that the world order doesn’t work on justice.

In the past week, the Sri Lankan government and its propaganda elements reacted angrily to the recent H.Res 413 resolution. The calling for the international mechanism is not a new request, however, Sri Lanka’s aggressive reaction to the Res.H.413 centered around the following acknowledgments in the resolution.

2. The Traditional Tamil homeland referred to as Tamil Eelam, existed as a State with proper government structure including its own three armed forces, banking system, judiciary, etc before 2009.

3. Recognizes that the Tamil people of Sri Lanka suffered tens of thousands of deaths, disappearances, abuses, and displacements

4. It states that the Northern Provincial Council of Sri Lanka adopted the resolution in 2015, calling for  a U.N.-monitored referendum in the northeastern region of the island to support the development of a permanent political solution;

In 2015, the Northern Provincial Council resolution, which is the only anonymous resolution, resolved that Sri Lanka’s genocide against Tamils needs international justice. In the past decade, some Tamil diaspora organizations such as Global Tamil Forum (GTF), Canadian Tamil Congress (CTC), and United States Tamil Action Group (USTAG formally USTPAC) failed to be transparent about their internal dealings with the Sri Lankan UNP government, India, and the USA. Their officers got into regime change agenda and failed to maintain Tamils demands without telling the Tamil diaspora. They most likely were used by the governmental powers of India and the USA. There were several closed-door meetings between these organizations and Tamil National Alliance (TNA) which took place with the USA and the Sri Lankan government. Although created by the LTTE, and elected by Eelam Tamils, the TNA was also seen as a puppet of India after 2009 and acting only in the interest of India. Their leader also openly said that India promised them to provide governing power after the LTTE was eliminated. The Tamil diaspora organizations initially worked for justice, but slowly became agents of those powers undermining the Tamil demand. The 2015 Northern Provincial Council resolution surprised all these Tamil groups. However, they continue to play their part in the role of the regime change agenda. All these came to a full stop in 2020 after Rajapakse’s stronger return, China got the upper hand, and Sri Lanka slowly becoming a modern colony of China.

In the past, the powers such as India or the USA tried to use the Tamil struggle for their own benefits only. When there is a Tamil leadership that can’t be pushed around, the powers normally handle them either by weakening or eliminating them. India couldn’t manipulate the LTTE for their benefit as the LTTE was never willing to abandon Tamil’s democratic demands. Thus, India determined to eliminate them and the USA agreed to India’s interest without taking China into its account. To some extend, while maintaining Tamil Eelam as a separate state, the LTTE also protected not only India’s security but also Sri Lanka’s sovereignty too. China doesn’t use Tamil leadership for its benefit, but it used India’s mistake to gain dominance in Sri Lanka. Currently, the Tamil diaspora knows China is not going to accept the Tamil homeland or genocide, however, there is no alternative as India or the USA doesn’t recognize it either. Therefore, there is no valid reason for Tamils to push back China. H.Res 413, if strengthen further and joined with a senate sister resolution, and eventually passed to make ways to another binding law, Tamils in the world can be convinced to stand with the USA.

From UNHRC resolutions to H.Res 413, there are always many Tamil individuals and small organizations that work with countries. These never happen on their own. Without Tamil participation, no country will do it on its own. For H.Res 413, Tamil Americans should be appreciated for their hard work. It provides new hope, not only for Tamil Americans but also for the Tamil diaspora. The rest of the passage for this resolution may be difficult, but the Tamil diaspora will provide its full support.  Tamil diaspora expects stronger and binding resolutions and especially actions. This resolution is certainly a good start.

Due to China’s dominance in Sri Lanka, India and the USA may need the LTTE to create pressure against Sri Lanka, despite their absense. Perhaps this was the reason India kept its ban on the LTTE and North America and European nations continue to extend their ban on LTTE. The LTTE was built from the ground up with Tamil values by the leadership of the great Tamil leader Hon. Prabhakaran. Without him, there wouldn’t be any form of the LTTE. Recently, in the United Kingdom, the judicial tribunal ruled that the UK’s ban on LTTE is flawed and forced the UK to reconsider the ban. The Chinese embassy in Sri Lanka joked about India’s media for its claim for Indian police high alert regarding its port city creation. Furthermore, the Chinese and Tamils have a historical trading relationship and Tamils have nothing against China. Tamils don’t care about China’s dominance as it won’t be worse compare to Sri Lanka’s genocide against Tamils.

Rather than trying to cowardly use Tamils to resist China’s dominance, India or the USA should offer a better partnership recognizing the Tamil homeland and genocide. Even when the Tamils fought against the genocidal Sri Lankan military, they didn’t colonize the Sinhalese land as an act of revenge. During the last seven decades, all Eelam Tamils wanted was freedom and to reclaim their sovereignty. Tamil diaspora believes that the USA understands the Tamil demands and they will be thankful and supportive of the USA if it stands up against Sri Lanka’s genocide.

*** The opinions expressed in this publication are those of the authors. They do not purport to reflect the opinions or views of the Montamil.ca or its members. ***