Bishop Rayappu Joseph was a huge champion of human rights and rendered great service to not only the people of Mannar but for the wider Tamil community. He was an outspoken critic of Sri Lanka’s human right abuses and led the work in determining the number of Tamils who were unaccounted during the final stages of the conflict as high as 146, 729. When other civil, political, and religious leaders were silent due to threat of assassination, Bishop Rayappu Joseph courageously spoke up and issues public statements.
Bishop Rayappu Joseph obtained a doctorate in Canon law at the Pontifical Urban University, Rome. He was appointed as Bishop of Mannar Diocese in 1992 and retired due to ill health in 2016.

He was a Professor at St Xavier’s Seminary Jaffna, the Vice President of the Bishops’ Conference in Sri Lanka and chairman for the Catholic National Commission for Laity.

Bishop Joseph gave credible, courageous, and spiritual leadership to the Catholic Church and people in the midst of life-threatening conditions.

“Bishop Joseph appeared on behalf of the people about war crimes, land grabs, forced disappearances and violation of rights experienced by the Tamil community,” said Father Soosai during the book’s launch at the auditorium of the Family Health Bureau of Mannar.

“He exposed this discrimination to the international community in order to get political solutions for the Tamil people,” he said. 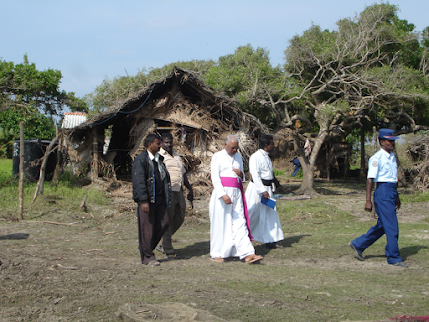 Bishop Joseph as fearless when it came to standing up for the rights of the Tamils, especially during the decades long civil war which ended in 2009.

During the conflict, the bishop was a vocal critic of the government and the military’s conduct, which resulted in him being threatened by government supporters and some politicians. 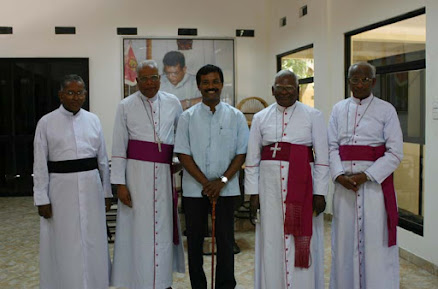 Leading human rights defender, Ruki Fernando said that most Hindus and Christians consider Bishop Joseph as an unflinching advocate and defender of their rights and dignity.

“In my frequent visits to the bishop’s house in Mannar, there would always be a long line of people to meet him — mostly survivors and families of victims of human rights violations,” said Fernando.

“Bishop Joseph regularly visited prisons, refugee camps, resettled villages and was often on the scene within hours after massacres and other human rights violations,” he said. 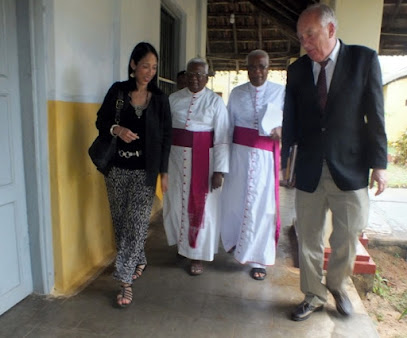 The Bishop is a targeted person. Often Colombo’s notorious Criminal Investigation Department sleuths are at his door steps to find out what he had narrated to the visiting dignitaries from other countries who call on him.
He was interrogated after he appeared before the LLRC for making a submission on the missing persons and seeking clarification on the 146,679 unaccounted persons. The last interrogation was after his statement on the deportation of Tamils asylum seekers from Australia.
Bishop Rayappu demands an independent international inquiry into the genocide of the Tamils. He argues that only an international inquiry under the aegis of the UN will bring out the truth.
He wants every human rights respecting country to force Sri Lanka to accept an International Inquiry and to look into the material losses suffered by the Tamils to be accounted.
He does not want the accused criminals to become investigators of their own crime!
To Read more. https://www.colombotelegraph.com/index.php/on-kotiya-bishop-rayappu-joseph/

Following is a letter sent by the Bishop.